Warakurna Artists is a 100% artist-owned Aboriginal Art Centre based in Warakurna, Western Australia.

It incorporates artists from the communities of Warakurna, Patjarr and Wanarn, in the Ngaanyatjarra Lands of WA. Today Warakurna Artists are recognised both nationally and internationally for their innovation and vibrant interpretations of culture and country. 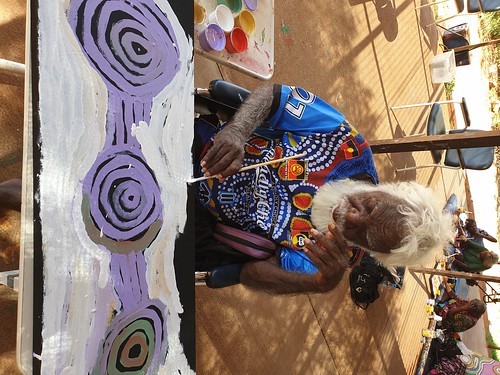 George Tjungurrayi Ward was born near the site of Lararra, east of Tjukurla in Western Australia, c. 1955. His first contact with Europeans was made through one of the welfare patrols led by Jeremy Long and Nosepeg Tjupurrula at a rockhole south of Kiwirrkura. After travelling in to Papunya he worked as both a fencer and a butcher in the Papunya kitchen. George has exhibited widely nationally and internationally.